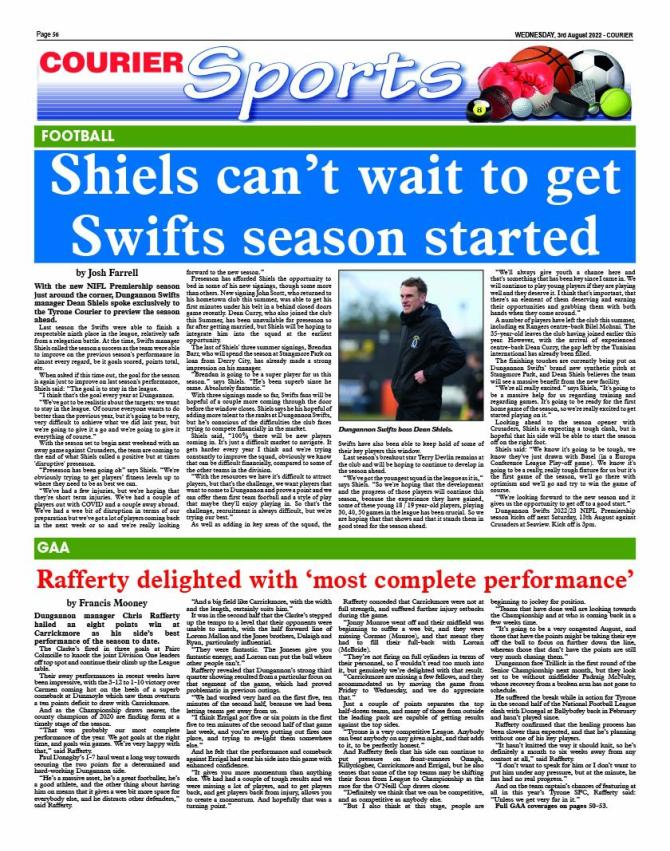 In your PACKED Tyrone Courier sport section this week, we have an exclusive interview with Dungannon Swifts manager Dean Shiels as he prepares his team for the start of the new NIFL Premiership season. Plus, action from the SuperCupNI, coverage from all the GAA fixtures, lots of photos from the hugely successful Galbally 5 event and loads more!

GAA - Stunning second half leads Dungannon to victory over Carrickmore

ATHLETICS - Harriers out in numbers at the Galbally 5