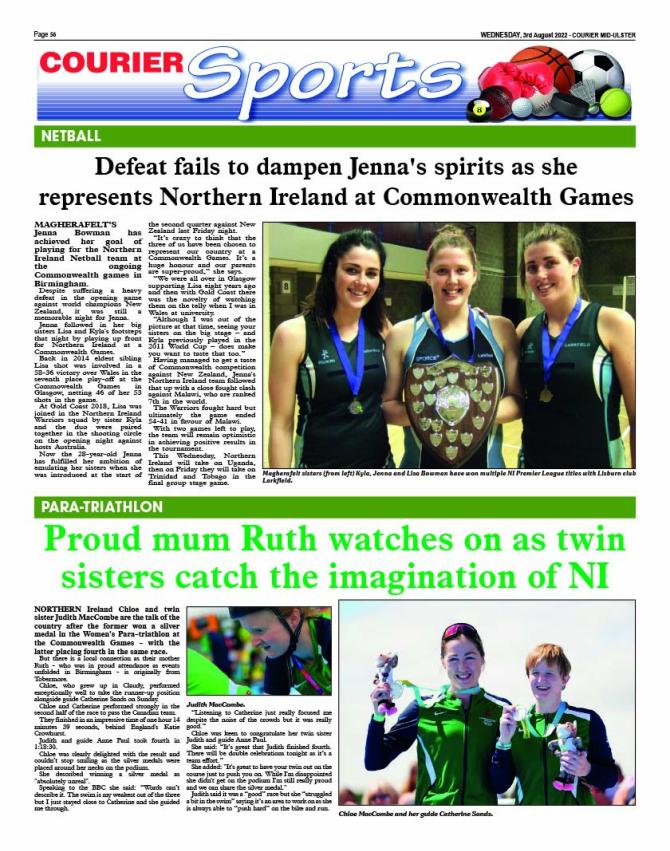 In your PACKED Mid-Ulster Courier sport section this week, we have coverage of Mid-Ulster success at the commonwealth games, coverage of all the GAA fixtures and lots more.

GAA - Stunning second half leads Dungannon to victory over Carrickmore

ATHLETICS - Harriers out in numbers at the Galbally 5