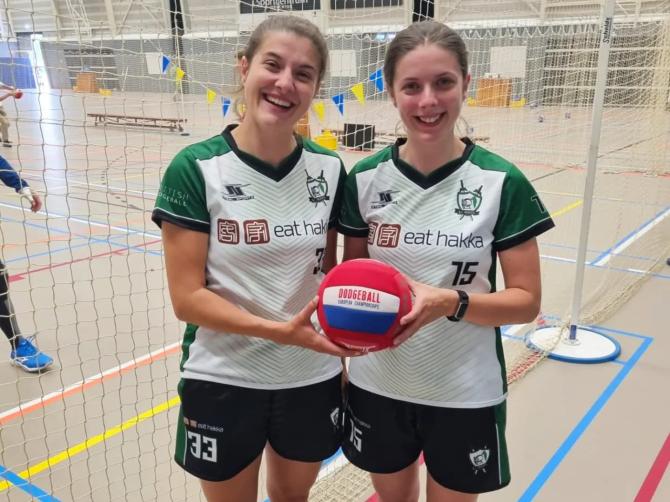 Dungannon sisters, Eve and Hannah, helped to create history by earning a bronze medal with Northern Ireland women at the Dodgeball European Championships in the Netherlands.

Northern Ireland were third out of 15 nations, finishing just behind Austria and England, and ranking above the likes of Italy, Netherlands and France.

It was the first time ever that NI have finished on the podium, showing that the sport is going from strength to strength here.
Additionally, Hannah (28) - a former pupil of Drumglass High School - will go home with a gold medal after Northern Ireland Knights' mixed team finished above the defending champions Austria.

The sisters are, unsurprisingly, deligted with their achievements in Spain.

"A lot of teams have a strong background in handball so the standard in Europe is high", they told the Courier.

See this week's Tyrone Courier to read the full story, or check out our epaper