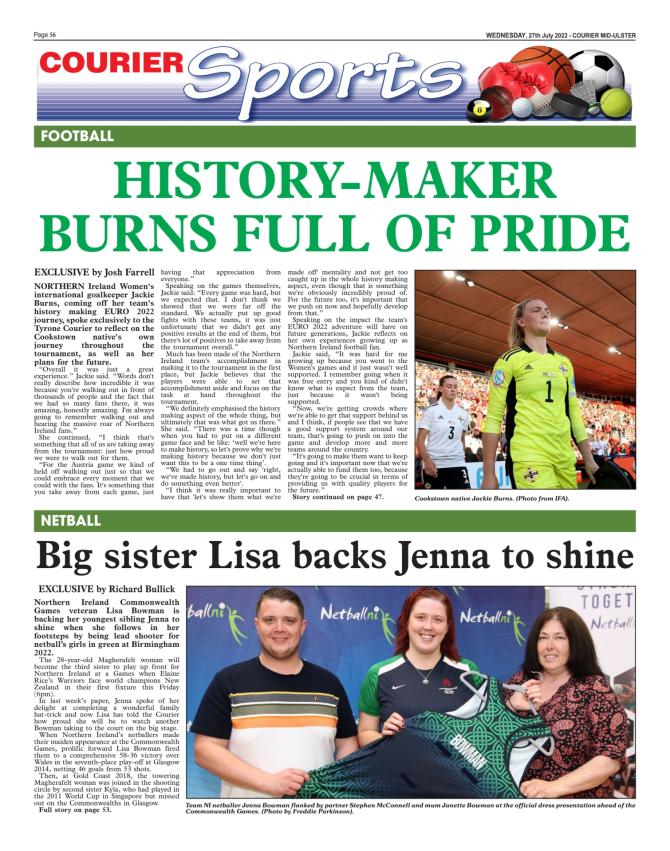 In your packed Mid-Ulster Courier sport section this week, we have an exclusive interview with Northern Ireland Women's goalkeeper Jackie Burns.

GAA - Sunday will be decision day for Senior League

CYCLING - Aliya following in her brothers’ footsteps with Ireland selection

ATHLETICS - Plenty of PBs for Acorns AC this week

GAA - Defining weekend ahead in race for league title

MOTORSPORT - Charlie back on track with Kirkistown win!