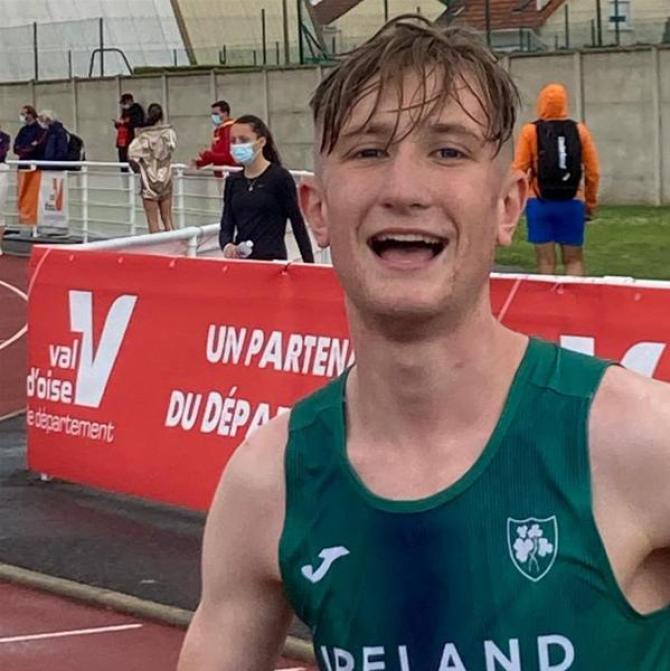 The highly-talented Nick Griggs continued his record breaking exploits by setting a new Irish 3,000m U20 mark at the Cork City Sports.

The Newmills teenager cut eight seconds off Darragh McElhinney's mark as he clocked 7:53.40 to finish sixth in a race won by McElhinney.

The 17-year-old produced his fastest 3,000m, 3.98 seconds inside his Irish under-20 indoor mark set in February, to show that he is also rounding into form in his build-up to next month's World Under-20 Championships in Colombia.

It comes just days after he clocked his fastest outdoor mile at the Morton Games. Griggs ran 3:58.51 to place sixth in a thrilling race.

See this week's Tyrone Courier for the full story, or check out our epaper