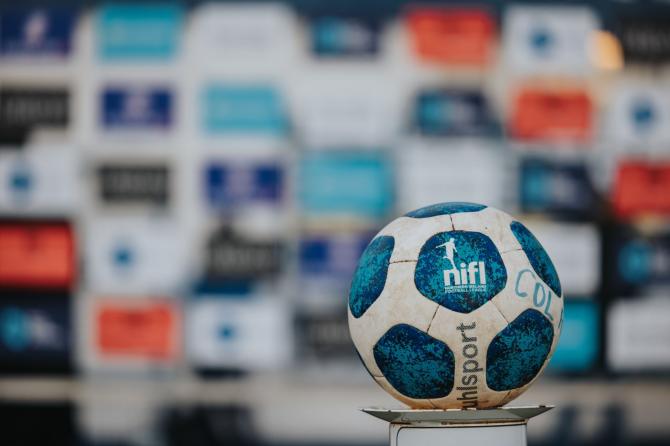 A meeting was held with member clubs in relation to Sub Regional Stadia funding.

Hosted at the National Football Stadium at Windsor Park to club representatives and via an online webcast to remote attendees, NIFL Chairman Colin Kennedy, Chief Executive Gerard Lawlor and Chief Operating Officer Steven Mills gave member clubs a detailed update on the journey of NIFL’s progress in recent weeks with political representatives in relation to funding.

Gerard Lawlor stated, “The meeting tonight was important for us as an organisation to communicate the latest information with our member clubs.

“Following our meeting with the Minister of the Department for Communities, we have the opportunity now to finally progress the flagship project of sub regional stadia funding for the benefit of NIFL clubs and support the essential work they do within their respective communities.

“We are working to provide the opportunity for this vital support to all our 43 member clubs. The next steps are now for NIFL are to understand the needs and necessities of our members and we will do that by going out and meeting with all of our clubs.”

The news comes after Communities Minister Deirdre Hargey met with IFA and NIFL last week after previously stating there could be a delay in the release of funding due to the fall of the Executive.