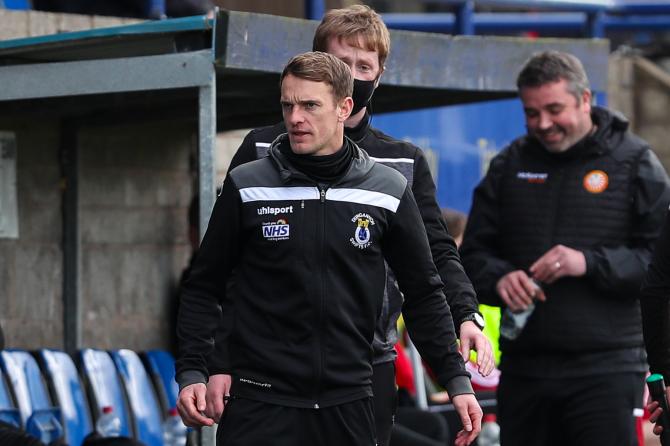 The Stangmore Park supremo said his side “thoroughly deserved” their win.

Goals from Ryan Mayse and Shane McGinty saw the Swifts fight back to win 2-1 against the Lurgan Blues in their Irish Cup first-round tie at Mourneview Park.

Glenavon took a 10th-minute lead when Matthew Fitzpatrick capitalised on a mistake from keeper Roy Carroll and he set up Danny Purkis to slam home.

Swifts levelled on 32 minutes with a lovely crisp, passing move which was finished by Mayse with a cool finish.

The winner came on 67 minutes as a corner was cleared out to McGinty and he hammered the ball into the Lurgan Blues net.

Afterwards, manager Shiels praised his players for their passing style of play.

"I thought we thoroughly deserved our win tonight. I've got my principles and I'll stick by them. I firmly believe in them.

"We've proven tonight and proven in lots of games this season that it (a passing game) can work. We've been lacking that little bit of quality in the final third. Tonight we had everything. We made the pitch big. We passed it."

In the other dugout, Glenavon manager Gary Hamilton was far from happy.

"We bottled it. Simple as that. I'm sure the rest of the league at this minute in time are having a right laugh at us.

"The way I am if it's not going to improve and they are not going to rise to the challenge, then I'll just replace them and get new players in and we'll kick on again and we'll build another team. That's the way it is. It's as simple as that."