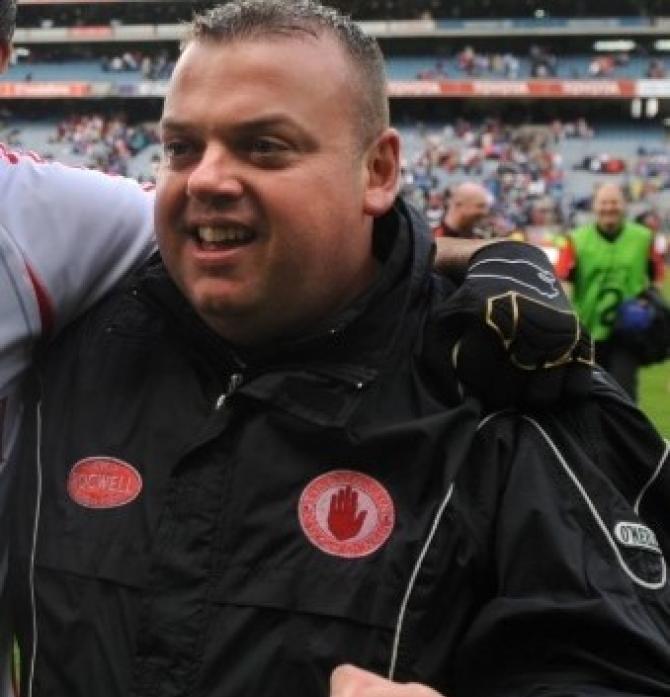 Fergal McCann helped guide Tyrone to the All-Ireland Football title in 2005 and 2008.

One of the most influential figures behind Tyrone’s glorious period in the noughties has died.

The Augher St Macartan’s clubman joined Mickey Harte’s management team in 2005 and made a huge contribution to the success of the Red Hands, who won the All-Ireland that season and again in 2008, following up on the county’s maiden success in 2003.

He stepped away in 2014 along with assistant manager Tony Donnelly.

Following his departure from the inter-county game, his expertise was widely sought after on the club scene, and he also gave valuable service to his own club.

He was employed as a full-time coach by Tyrone GAA, working in primary schools throughout the county.

County chairman Michael Kerr paid tribute to the late Mr McCann as “an absolute gentleman and a true gael”.

“He will be a massive loss as an employee, but our thoughts and prayers are with his family and friends at this time, they will feel the loss much more deeply than we will.

“He left a great legacy in his family life and in GAA circles, in his own club and with the county.

“He bore his illness with absolute dignity and courage, and continued to work through most of it.”

Mr Kerr added: "A giant of the GAA in Tyrone has gone to his eternal reward.

“For one so young to have achieved so much is testament to a great gael. Fergal was a true gentleman in life even in the white hot heat of championship battles.

“A very private person, the manner in which he bore his illness over the last twelve months marks the magnitude of the man.

“His legacy is not alone the two All-Ireland winning teams but the influence he had on all those who had the privilege to be coached and managed by him, in clubs and schools.

“While our loss is massive, it is insignificant compared to that of his family and close friends."

Mr McCann is survived by his wife Roisin and two children.