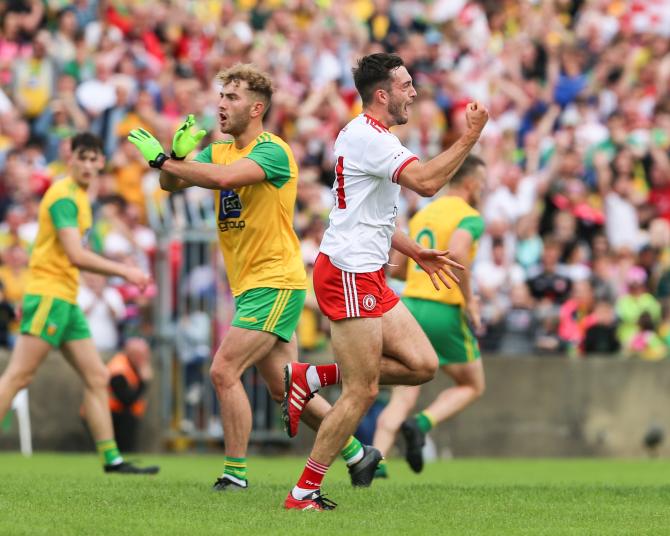 Harry Loughran played through the pain barrier for Tyrone and Moy.

Tyrone attacker Harry Loughran’s career has been brought to an end by injury at the age of just 26.

A chronic back problem has dogged the Moy man for the past eight years, and despite surgical intervention, he has had to admit defeat in his battle to regain health and fitness.

Confirming his retirement from the game, he said he is devastated, having been forced to give up on his battle to revive his career following surgery to address the problem in November 2019.

Loughran played a pivotal role in Tyrone’s run to the 2018 All-Ireland final, scoring vital goals against Donegal and Meath along the way.

He hasn’t played since, and despite undergoing surgery, he has had to confront the reality of a life without the game he loves.

“I would give anything to get playing again with Moy and Tyrone,” he said.

“Knowing your last game for the Moy and for Tyrone was at age 24 is tough.

“Even leaving the Tyrone and Moy Whatsapp groups was an extremely tough thing to do.

“My playing time in general was short, in total three or four years, but I have got some lovely messages in the past couple of days, which I didn’t expect, to be honest.

“They were lovely to get, but when you see the word ‘retirement’, you think, well, I never really fully got going.

“But I’m leaving with no regrets, in that I threw absolutely everything I had at it, and I know that I couldn’t have done any more, physically, to get back playing. It just wasn’t meant to be.”

Read the full interview in this week's Tyrone Courier