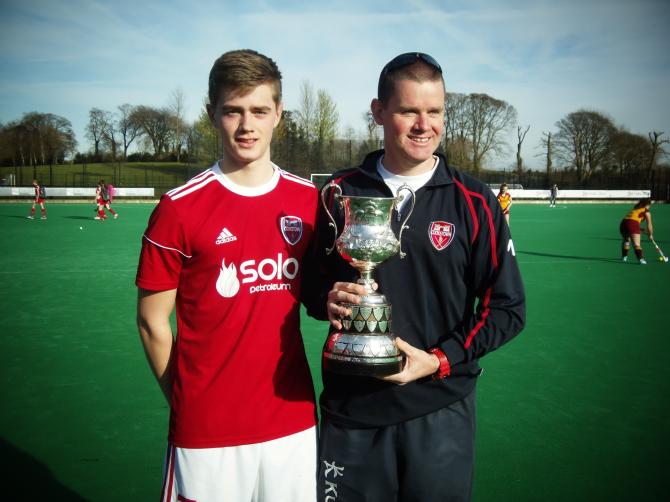 Daniel and Mark Crooks with the Ulster Premier League trophy back in 2017, when the club last took the title.

And even better, Cookstown's Second XI have also been confirmed as Ulster Junior League One champions - their first league title in at least a decade.

The Hockey Ireland Board direction used a percentage equalisation method to determine provincial leagues - due to the COVID-19 outbreak - and the final league positions have now been confirmed, with Cookstown's first two men's teams coming out on top in their respective leagues.

"It really is a great lift to hear this news amid all the uncertainty," said Cookstown 1st XI captain, Mark Crooks.

"I'd like to recognise and congratulate all the players and coaches, not just of our First XI, but also of our Seconds, who also won the league and cup double.

"To have played 14 games and won 14 in the Premier League is a brilliant record and no matter the circumstances I am just so proud to be part of a team that can do that.

"It's not how anybody wanted this season to go, but it won't take the shine off getting our hands on another trophy," said Crooks.