Ryan Farquhar - the Cookstown 100's most successful ever rider 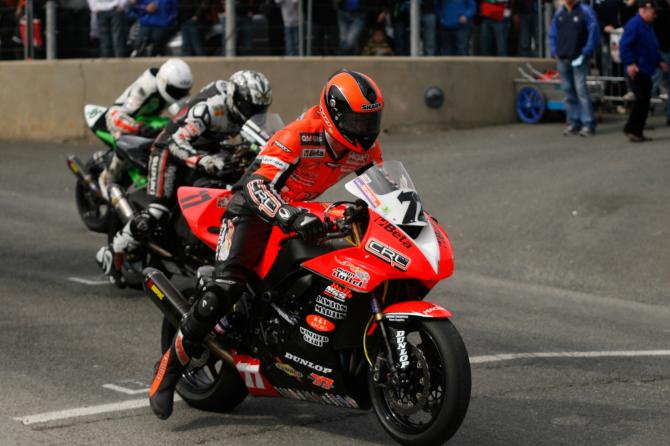 Ryan Farquhar holds the record number of race victories in the Cookstown 100.

Having met the chequered flag first on 26 occasions during his long and illustrious racing career, there is not another rider who can come close to matching Ryan Farquhar's total around first the Sherrygroom circuit and, since the late 1990s, the Orritor circuit.

Indeed, only two men have won half as many races round Cookstown as the 44-year-old - Ray McCullough and William Dunlop both just over that half way mark at 14 race wins apiece, so it is unlikely his tally will be bettered any time soon.

From tremendous highs coming out on top of duels with some of road racing's leading lights to securing a five timer in 2011, to crashing lows when he suffered a broken neck at the 2006 edition, Ryan has a storied history with the Cookstown 100.

And he spoke to the Courier about his memories of the years he took part in the famous old race, starting with when he was a boy going to watch his uncle, the late Trevor Ferguson, in action.

"My uncle Trevor, he was doing it for years and years and I was always there at Sherrygroom thinking I'd love to be doing that.

"When I turned 17 I got the opportunity to ride one of my uncle's old bikes and then it progressed from there."

Read the full story of Ryan's Cookstown 100 exploits, including his favourite ever races and the horror crash that left him with a broken neck, in this week's Tyrone Courier, on sale now.