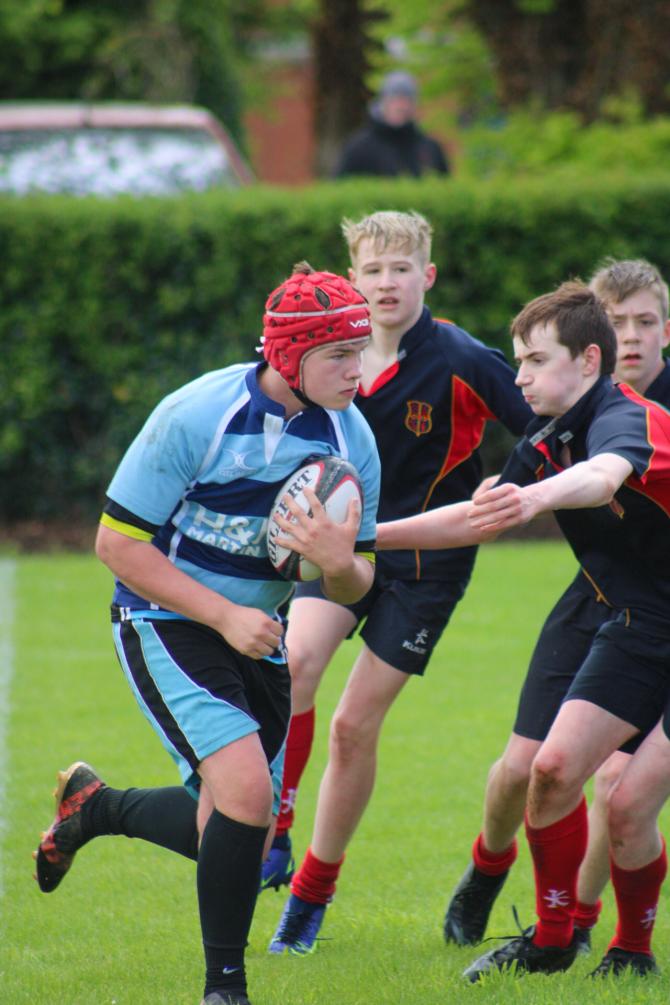 DRUMGLASS High School’s rugby team and Castlederg battled out a highly entertaining and competitive rugby match last Wednesday afternoon to bring the curtain down on what has been a very encouraging season for the Dungannon side.

In their previous game, Drumglass u13 had dispatched Fivemiletown College in quite a convincing manner and were in confident mood heading into this game.

Choosing to play with the wind at their backs in the first half, Drumglass dominated possession and territory early on and were soon rewarded with a trademark strong carry from Alexander Courtney which resulted in the first try of the game.