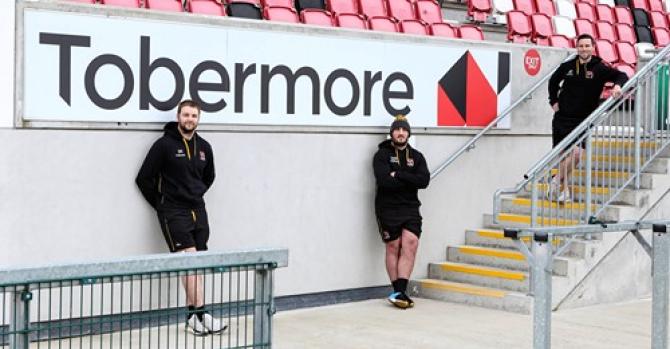 ULSTER Rugby has announced that Mid-Ulster based paving manufacturer Tobermore is the latest major sponsor to renew their partnership with the club.

The new and enhanced deal, which will run until the end of the 2022/23 season, will see the Tobermore logo take on a more prominent positioning on the back of the team shorts, as well as on perimeter signage at Kingspan Stadium.

Tobermore is a manufacturer of world class paving and walling products, and supplier of the paving for the Syd Millar pathway at Kingspan Stadium which runs from the Onslow Parade turnstiles down to the Memorial Arch.