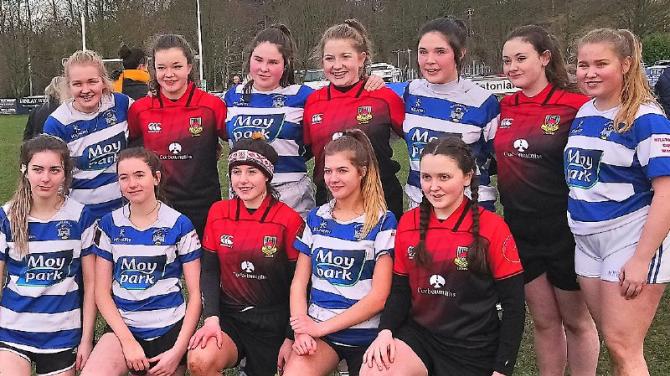 FROZEN pitches brought on the postponement of the Towns’ Cup game and the derby clash of Dungannon Fourths and Clogher Valley Thirds.

It is likely that the Town’s Cup match will be played next weekend with the Seconds game against Portadown being postponed.

The Blue Bulls games also fell foul of the frost so the U14s and U16s will be hoping to get game time when Monaghan drop in at Stevenson Park on Saturday morning.

Round 4 of the Schools’ Cup takes place this weekend and RSD head down the Motorway to take on RBAI.

It will be a big challenge for Gareth McClintock’s young charges who would appreciate any form of support at Osborne Park.

The winner will go forward to the quarter-finals while the loser goes into the draw for the Schools’ Shield.

On Sunday at Portadown, the Senior Ladies take on the Ports in the semi-final of the Regenerate Cup.

Sara and Charlie are calling for vocal support for the ‘blue and whites’ and it promises to be a close encounter. The game kicks off at 1pm.

Congratulations to the UB40 team who claimed the spoils at the Thursday night quiz well organized by Dungannon PTA. Philip acted as quizmaster. This week First Steps will be in charge.