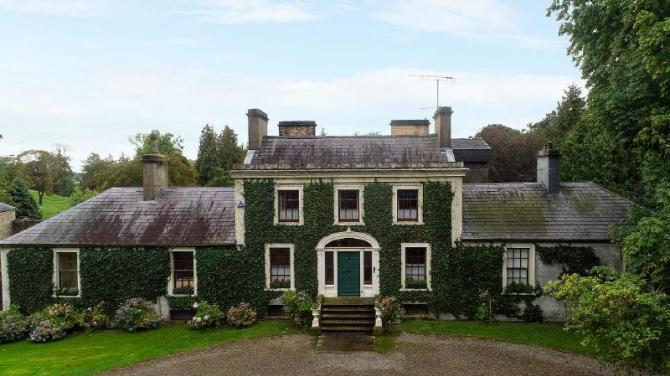 ONE of Dungannon’s oldest properties has gone on the market.

Miltown House, Dungannon has been in the Dickson family for 150 years, however, following the death of Mr Tom Dickson in July, the family, who no longer live in the town, are selling the property.

Set in 15 acres on the outskirts of the town, the central part of the house was built in the 18th century, with wings added in about 1820.

At the time of these extensions, the house was owned by John Falls, a prosperous businessman who had a whiskey distillery on an adjacent site. It is said that Falls and his brother took to sampling their whiskey so freely that they used to light their pipes with £5 notes. The distillery could not withstand such profligacy for long and went bankrupt in the late 1840s.

Towards the end of the 1850s the house was occupied by the Earl of Ranfurly’s Land Steward.

In 1863 the house and grounds were sold to Thomas Alexander Dickson. Encouraged by the demand for cloth caused by the American Civil War and the blockade of raw cotton from the southern states, he decided to start a linen weaving factory on the site of the distillery. This factory remained in family hands until the 1960s and was one of the largest employers in Dungannon.