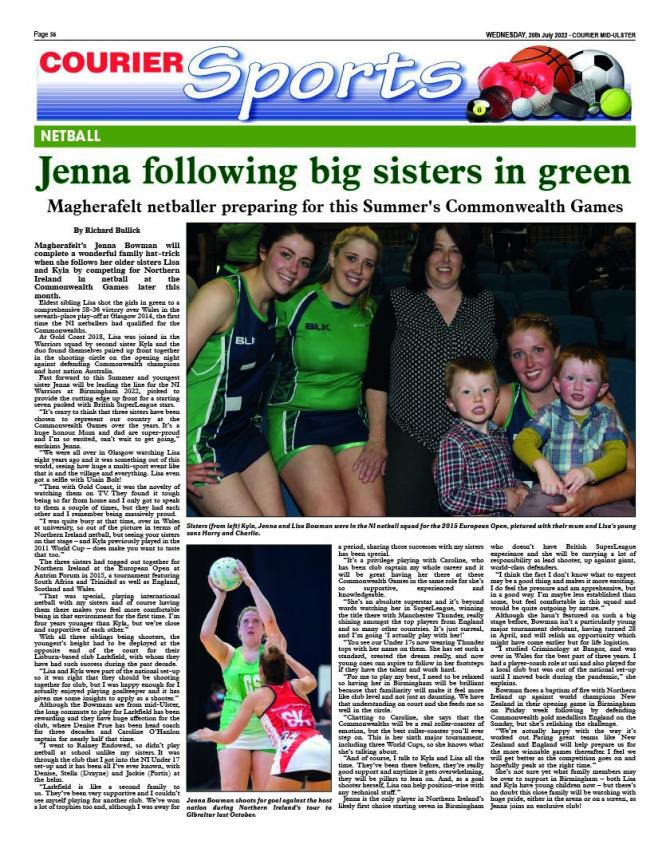 In your packed Mid-Ulster Courier sport section this week, we have an exclusive interview with Northern Ireland boss Kenny Shiels.

GAA - Two late goals save the day for Carrickmore

GAA - Division One title race is heating up!