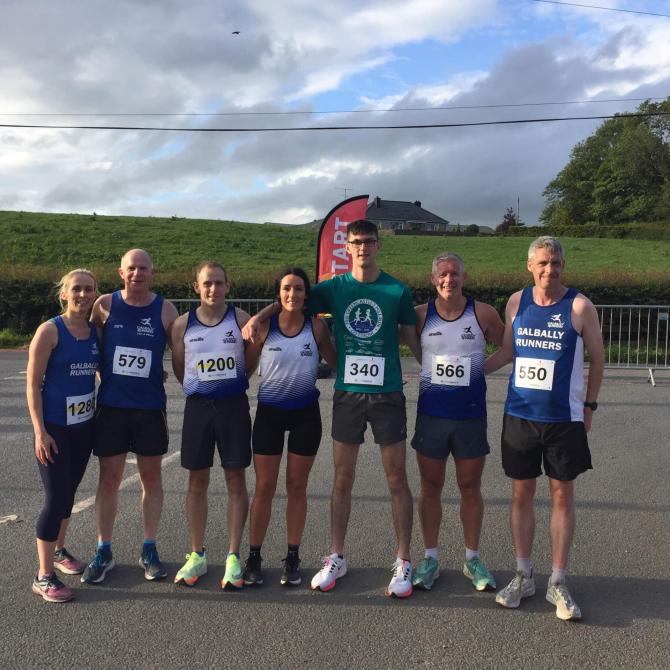 Friday evening saw race three of the Paul Murray 5K Race series organised by the great running group, Knockmany Runners and it was well attended by members of Galbally Runners.

This was the toughest of the courses over the four weeks with some long inclines. It was great to see Jonathon Loughran back at the racing again with only one previous 5K outing this year. Jonathon ran a 17:44 to leave him in tenth place overall with the winning time again for the third week running being local runner Gavin Corey of Strive Running with a time of 15:31.

Fergal O’Donnell, a great supporter of the Paul Murray Series, ran a time of 18:21. Another great support of the series is Francis O’Neill who participated so far in all events.

Francis ran a 22:06 over the 5K. Run of the night goes to Dermot Moxon. Dermot ran a great time of 23:16 and was delighted with his run on the night. Dermot was supported on the night by two Galbally Runners, who helped set the pace for Dermot. They were Denise McCann and Peter Cush.

Full story and lots of photographs in this week's Tyrone Courier or check out our epaper.