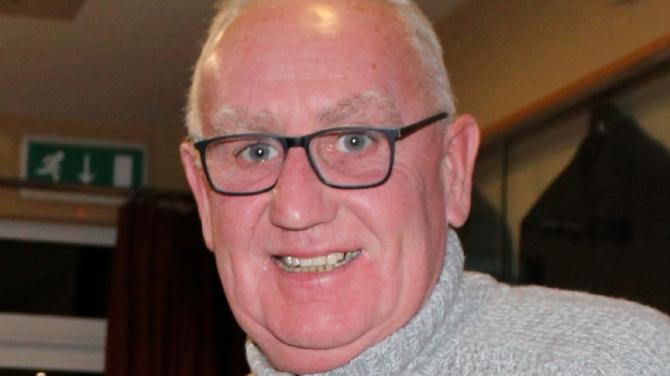 ALMOST 200 men took to the fairways to play for the Charles McKenna Cup at Dungannon Golf Club during the last weekend in March.

The weather was super with high temperatures and lots of sunshine and the course was in great condition.

Terry Donnelly and Gerry Cullen both returned the top score of 45 points, however Terry claimed the cup by virtue of a better back nine score. Brian Rafferty and Denver Smith were hot on their heels with 44 points whilst Ciaran McGirr won his second ‘Best Gross’ prize this season, going round 4 under par: most impressive shooting!

The sun shone brightly on the women who took to the fairways on Tuesday to play a 13 hole stableford competition. Marian McKeown and Joan Gormley returned the best scores of the day: 27 points, however Marian claimed first prize as she had a better second nine score than Joan.

This week sees the first 18 hole competition of the season – there will be some tired legs on Tuesday evening!

Mickey Quinn won the first Wednesday Competition of 2022 by four clear points, coming in with an impressive 45 points. John Jordan and Willie Haydock finished in second and third places respectively and Blaine Nugent carded 75 to claim the prize for the best gross score.

On Friday evening, the club will host its first mixed event of 2022 – the Captains’ Drive In.

Pairs of men and women will compete in this fun event, playing alternate shots in a seven hole mixed foursomes competition, hosted by the Captain, Alison Chestnutt and Lady Captain, Anne Burns.

The Captains will ‘Drive off’ at 6pm after the firing of a shotgun to signify the start of the competition and the other competitors will be allocated a starting hole as everyone will tee off at their designated hole at the same time.

There will be a prize presentation in the bar after the competition, so it will be great to see a buzz in the clubhouse once again, after two years of COVID restrictions.