Legend Dennis Taylor hangs up his snooker cue after 49 years 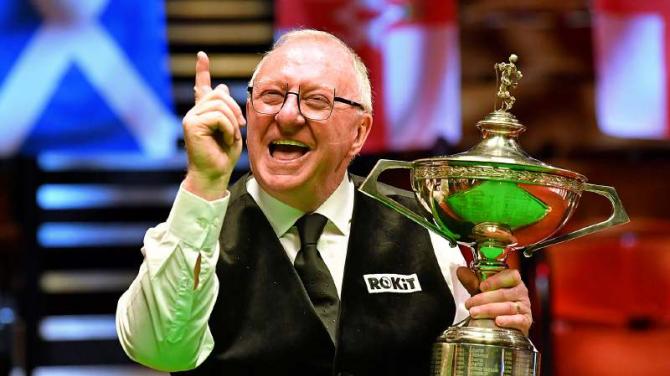 Dennis Taylor has announced his retirement from snooker at the World Seniors Championship at the famous Crucible Theatre in Sheffield. PICTURE: World Seniors Snooker

SNOOKER legend Dennis Taylor has announced his retirement from the sport after 49 years of competition.

The 72-year-old Coalisland man made the announcement in an interview with the BBC at the Crucible after losing to Barry Pinches in the World Seniors Championship.

“That match against Barry was my last competitive match ever,” he said.

“What a way to finish here at the Crucible theatre. I have enjoyed every minute of the Seniors tour.

“The standard is getting so high but there is no way I can compete with these youngsters nowadays.”

After taking a moment to watch footage of his 1985 World Championship victory, BBC reporter Rob Walker invited the veteran player to approach the World Snooker Championship trophy and “kiss the silver lady one last time.”

More in this week's Courier

Digital epaper of this week's Courier available using link below: