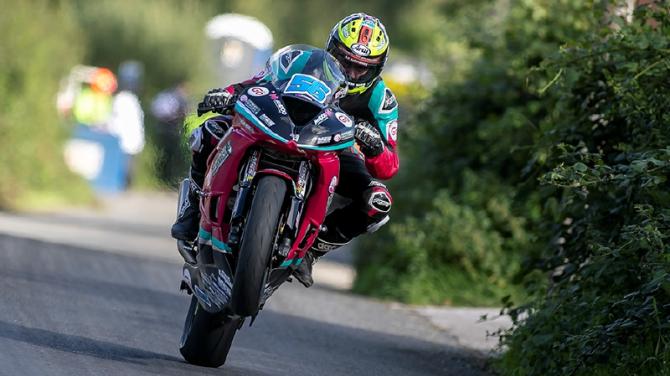 Adam McLean has marked his return to road racing after injury by winning the Supersport and Supertwins classes at the Cookstown 100 road races.

The Tobermore native won the Supersport race by just 0.8 seconds from Darryl Tweed, with Paul Jordan in third place.

The Roadhouse Macau BMW rider made it seven wins from eight big bike races and nine career wins in total at the 2.1-mile Orritor circuit by taking victory.

His winning margin over Sweeney at the chequered flag was 2.1 seconds.

Two earlier attempts to run the Open race were halted when the red flags came out because of incidents involving McLean and then Stephen McKnight. None of the riders involved were hurt.

Full results and photos on Pages 46 and 47