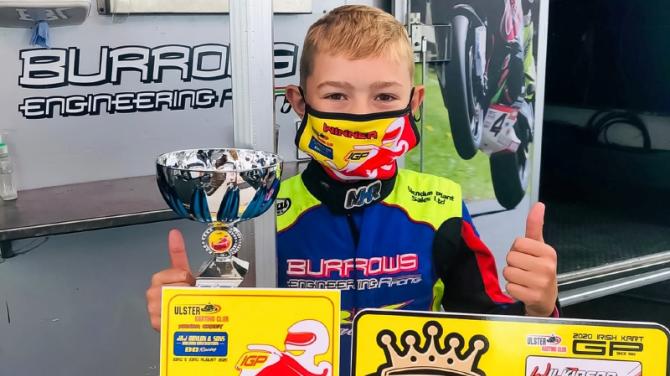 TEN-year-old Carland school boy Jack Burrows was in action at a rain soaked Irish Kart GP at Nutts corner at the weekend.

The current Junior Cadet champion, now running with the senior Cadets, had three races on Saturday earning him the King of the Corner trophy, reclaiming the title he also won in 2019.

Moving onto Sunday, and it was the turn of the IGP Trophy race, and with three more wins (making it six wins from six starts), Jack went on to claim the 2020 Cadet IGP Trophy, a trophy that evaded him this time last year, when he had to retire with mechanical failure when leading.