200 goals not out for Cookstown's Allen 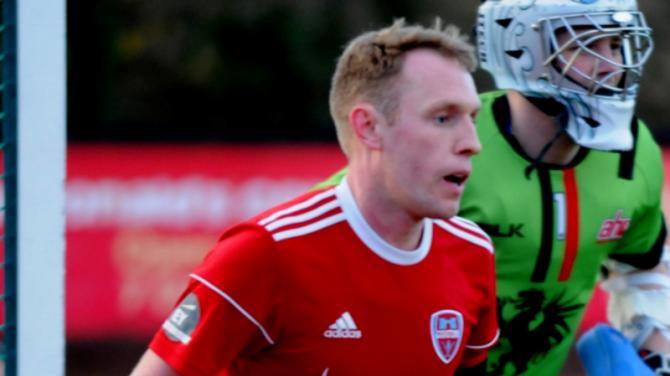 COOKSTOWN celebrated two important victories during the week, firstly a 12-0 rout of Bangor and secondly a vital 3-2 triumph over Clontarf in the Irish Hockey League to put the team in a strong position to challenge for a return to the top tier of hockey on this island.

But the week was also notable for the tremendous individual achievement of long-serving frontman Greg Allen, who reached and then passed the 200 mark during the midweek thrashing of Bangor.

Coming into the game with 199 goals to his name for the club, Greg duly smashed in five goals to reach and quickly move past the tremendous milestone and now sits with 204 club goals.

Speaking to the Courier, Greg said the landmark isn't something which had been playing on his mind for a long time - that is, until his dad, Leslie, who also acts as the club statistician, told him of the upcoming milestone.

"It wasn't something I had been thinking about," he said.

"It's my dad who keeps the stats and I didn't know until a few weeks back that it was coming up and then it was in my head a bit, but it was nice to get that goal and to know at the moment I scored it that it was number 200 so I could really enjoy it."

Not too many have reached the rarified heights of Greg, and it is impossible to know if anyone else has outscored him, but Greg believes the likes of Andy Barbour and Gareth Cuddy, two stalwarts of the club's success in the recent past, will most likely still be ahead of him in the scoring stakes.

"We don't know for sure what the record is," said Greg. "There would definitely be a few boys who have more than 200, like Andy and Gareth, but there's no official records.

"Andy texted me after to say congratulations and say there were some very important goals within the 200 and it's nice to get that from someone like Andy."

While he hasn't given it much consideration, Greg says one of his favourite, and most valuable goals, came just two years ago as Cookstown retook their place in the Irish Hockey League.

Tied 3-3 with UCD in the closing stages of a promotion play-off, Greg stepped up to sweep in a last gasp winner.

And, aged just 31, there should be a few more years yet for Greg to add to his remarkable tally and create more unforgettable moments for all involved at Steelweld Park.