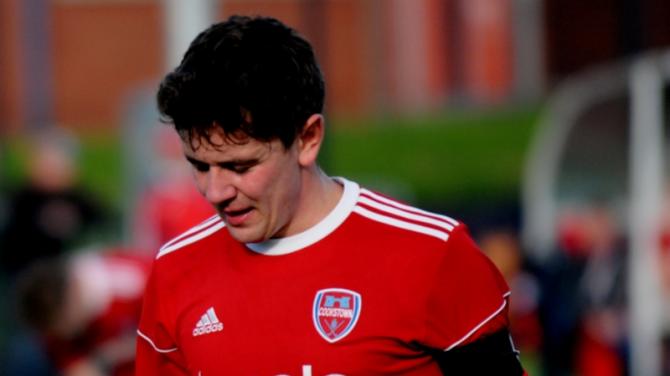 COOKSTOWN Men will defend their Ulster Indoor Championship crown this Sunday when they take on Banbridge at Jordanstown.

“We’re all really excited to get back into the indoor game,” said Reds captain Mark Crooks. “It’s such a brilliant form of the game, so fast and fun. The guys can’t wait for it.

“It’s a slightly odd situation where, despite being the title holders, we’ll be seen as the underdogs given that they’re up in the EYHL and we’re in the Premier League.

“But we’ll bring a strong team and a good attitude and hopefully that’ll be enough to see the trophy return to Cookstown.”

Before that, on Saturday at Steelweld Park, the Reds have to overcome the considerable challenge presented by Newry Olympic in the Ulster Premier League.

“There’s no doubt that this will be a tough game,” Crooks continued. “Newry ran Instonians really close the weekend before last and put a big score on South Antrim. That tells you all you need to know about them as a unit.

“It’ll be really important for us to get the basics right, to make sure to play at speed and to keep it tight in defence. If we can get the win against Newry, and after last weekend’s match cancellation against Inst, it’ll keep the pressure on the teams ahead of us in the league.

Elsewhere, it’s second against third in Ulster Senior 3 as Cookstown Ladies take on PSNI in their first match of 2020.

It couldn’t be closer at the top of the league with Kilkeel leading the way, two points ahead of the Reds who are themselves three clear of PSNI.

Cookstown Seconds have the chance to keep the pressure on the top teams in JL1 when they take on Lisnagarvey Thirds at Steelweld Park. Likewise, Cookstown Thirds can keep their JL2 aspirations alive with a win over Queen's University Seconds.

Cookstown Fourths complete the full array of home games at Steelweld Park with a first v second match in the ultra competitive JL3.