Judo club looking forward to another year of success 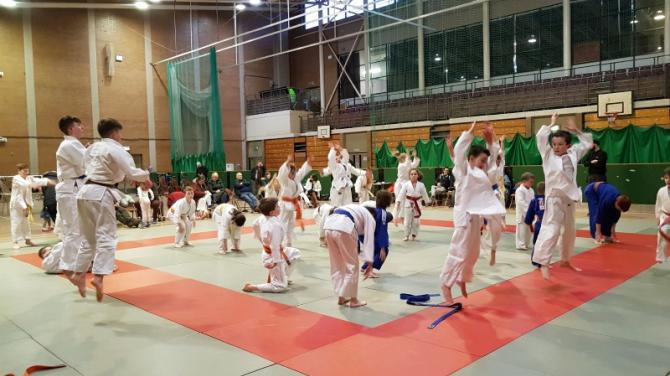 THE Ren-Bu-Kan Judo club is back in action after the Christmas holidays and looking forward to more success in 2020.

2019 was an incredible year for this club that is well used to success.

Ren-Bu–Kan won no less than seven Irish titles to extend their extraordinary record of 45 consecutive years of Irish champions. No other club in Ireland is anywhere near this record.

As well as that, there were medals won at the N.Ireland Open, Galway Open, North West Open and the British Veterans Open and to cap it all three senior members of the club fought in the Commonwealth Veterans Judo Championships and all three reached the semi finals.

There were also two new Black Belts crowned which brought the club’s total to 48 Black Belts since it was formed in 1968. Ren-Bu-Kan coach is Harry McGuigan, World and European Masters Champion and the first person in the history of Irish Judo to be awarded a 7th Dan.

The club is still operating in the Ranfurly House at present while the Leisure Centre is being renovated but they hope to be back in the centre within the next couple of weeks. The classes are Wednesdays at 6.30pm and Fridays at 4.15pm for children aged from four years upwards. There is also a children’s class in the Torrent Complex, Donaghmore on Thursdays, starting at 3.45pm.

The senior class is on Wednesdays at 8pm. The Monday senior class is not on at the moment but will resume when the Leisure Centre re-opens. Anyone wishing to enquire abaout classes can contact Harry at hrenbukan@hotmail.com or 07779 245925.