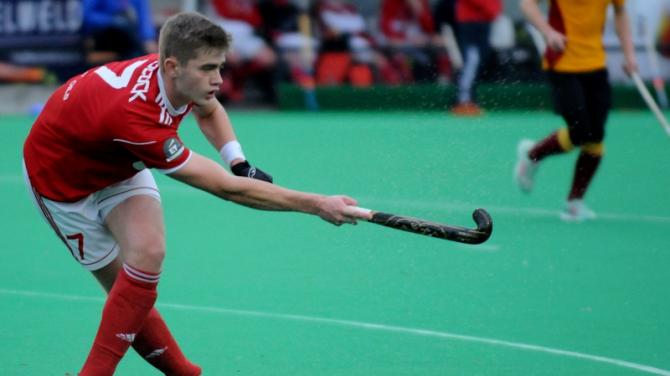 COOKSTOWN men gave up a 2-0 lead away to Cork Harlequins, losing out by a single goal in EYHL 2.

The Reds had gone ahead through Callum Anderson, his twelfth of the season, and then extended their lead through a brilliant reverse from Danny Crooks which found the top corner from an acute angle.

Paul Thompson was heavily involved in both goals.

Harlequins got back into the game with a counterattack from deep, and then got back level when determined work in the circle resulted in a goal.

Julian Dale then claimed the winner from the short corner set piece.

“That was a really tough defeat,” said the Reds’ captain Mark Crooks. “We started well and got ourselves ahead. I thought we were good for our lead too.

“But numbers began to tell and we just couldn’t maintain the pace in the second half. Credit to Harlequins though, they kept playing and took their chances when they came.

“We’ll bounce back from this. Cork is a hard place to go and I believe that we’ve enough attacking threats around the park to get the wins we need from our group.”

Meanwhile, Cookstown III came from behind to beat Lisnagarvey IV 4-1 at Steelweld Park in JL2.

Robert Turkington was a worthy recipient of the Solo Fuels MVP award.