Dan the man at Commonwealth Championships 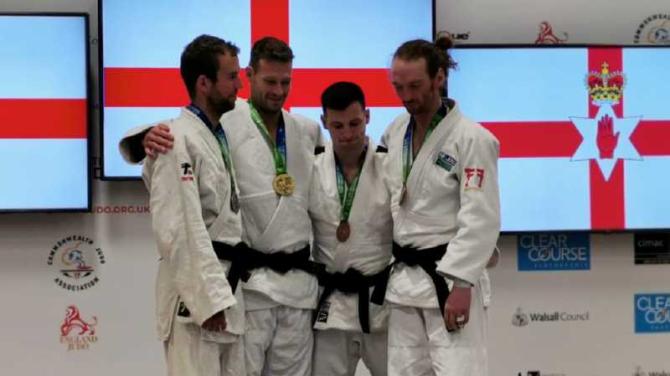 REN-Bu-Kan’s Daniel Grimley had a successful weekend, securing the biggest medal of his judo career.

Black Belt 2nd Dan, Daniel was fighting in the 73kg category and the former All-Ireland Champion won a bronze medal in the Commonwealth Judo Championships in England.

He was unlucky not to the reach the final but he was over the moon at taking a medal in this class of competition.

Three former Irish champions from the Ren-Bu-Kan club were in action at the event and both Brian McGilloway, Black Belt 2nd Dan in the 81 kilos category and Kris Kavanagh, Black Belt 1st Dan in the 66 kilos category won their way through to the semi-finals but lost out on a place in the final.

They subsequently had to fight for the bronze medals but unfortunately, it wasn’t to be, as both lost out to former English international fighters.

Daniel Grimley becomes the seventh member of the Ren-Bu-Kan judo club to win Commonwealth medals over the years.

Next up for the club is the Swords Open in Dublin for the junior members and the club have over 20 children taking part.

After that it will be the Irish Open Veterans (for the over 30s).

In the same event last year, Ren Bu Kan had two Irish champions in Janis Sumanis and Harry McGuigan and two bronze medal winners in Tomasz Wozniak and Paul McConville. This year, Janis and Harry will not be competing so its up to Daniel, Kris, Brian, Paul and Tomasz to fly the flag.

New members are always welcome and children can start at age four and there is no upper age limit. For more information contact the club coach Harry McGuigan at hrenbukan@hotmail.com or phone 077 7924 5925.