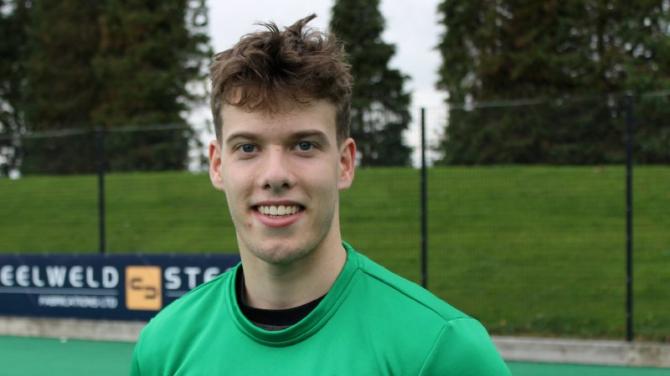 COOKSTOWN Hockey Club goalkeeper Josh McCabe has been selected as part of the Ireland squad for the U21 EuroHockey Junior Championship II in Litice in the Czech Republic this summer from 14-20th July.

In the build up to the selection the squad have played a series of matches v France U21 in Dublin.

They’ll take on their Scottish counterparts in Belfast later this month in what will be their final warm-up matches, before jetting off to the European’s in Litice.

Ireland are in Pool A for the tournament alongside Belarus, the hosts Czech Republic and Turkey. Pool B has Italy, Portugal, Russia and Scotland.

The Irish open their campaign against Belarus on Sunday, 14th July at 3:45pm local time.

Speaking after the announcement of the squad, Ireland U21 Head Coach, Denis Pritchard, said: “The majority of the athletes are performing weekly in the E.Y.H.L which has given them a maturity not previously attainable under the older structures.

“Allied with support from Sport Ireland and Sport NI, while aligned to the Senior Men's physical, tactical and technical programmes, this group are being provided with opportunities to progress as a team and individually.

“We must also say a huge thank-you to the player's families whose support is crucial to the squad's development. We will go to the Czech Republic in July confident of progressing to the ‘A’ Division and setting a sound base for future years.”

Cookstown HC wish to congratulate Josh on the call-up, as well as club members Ewan Cruickshank and Hugo Cleary-McGuffin who have been included in the Ulster U16 squad which will travel to Glasgow Green Hockey Centre from 14-16th June to play a series of games against Scotland.