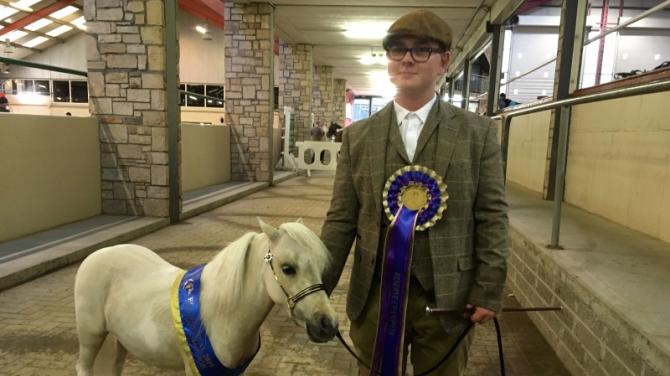 IT was a day that will live long in the memory of Jamie McCann, who was crowned Supreme Reserve in Hand Champion in Cork.

Jamie McCann and his young gelding Summerrose Rockstar (Rocky), started the day by winning two classes in the miniature series.

Jamie then won the American Championship, followed by reserves in the senior championship and the coloured championship.

This then qualified them for the evening performance in the main arena.

The size of the main arena did not bother bother the duo as they placed reserve in the Miniature Championship.