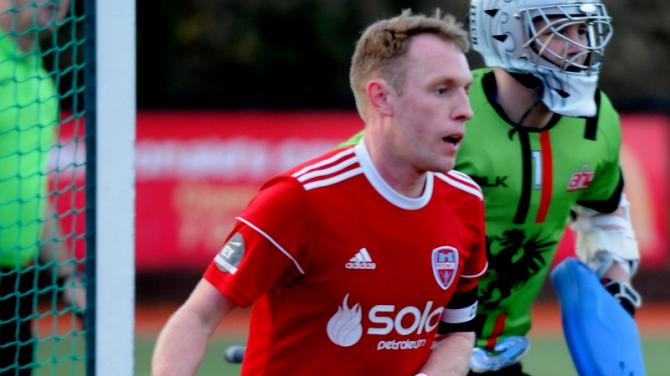 THE basement battle in the EY Hockey League will go down to the final day with Cookstown, YMCA and Cork locked at the bottom of the table.

The Reds know they will be up against it as they face third-placed Banbridge at Steelweld Park while YMCA and Cork are also at home to Pembroke Wanderers and Three Rock Rovers respectively.

YMCA are in the best position, and the Reds will be hopeful that their cushion lulls them into a false sense of security.

Having a point more than their competitors YMCA have, on the face of it, the easiest of the three games with Pembroke now out of the running for a playoff place.

Cork, meanwhile, face an uphill battle as they take on Three Rock at home.

Despite the journey Three Rock know a win will ensure they finish the season in that all important second place in the league with Banbridge going all out to take it from them.

For the three sides at the other end of the table the situation is pretty simple: finish bottom and it will be automatic relegation.

“We've a tough match, there’s no doubting that, but I think we’ve put in enough good performances of late against the big sides to go into it with belief that we can win it,” said Cookstown captain Greg Allen.

“We didn't show it against Three Rock last weekend, but we know that it's do-or-die now.

“We're a young team, but we're a team with a lot of experience under our belts. It won't be for want of effort that we come out on the wrong side of this, I promise you that.

“We need to show our composure, stick to the game plan and, with a little bit of luck, we'll come out with the win.”