Writing's on the wall for Royal Mail Postboxes 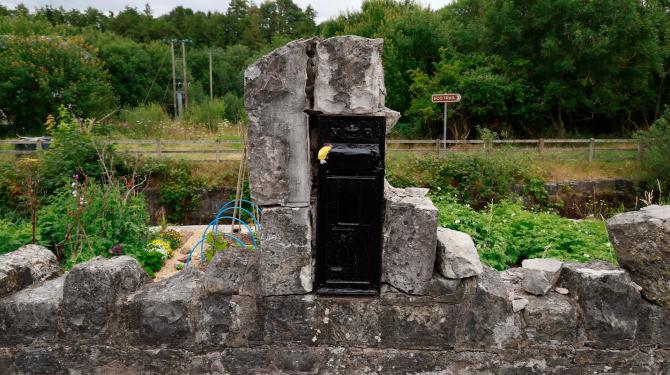 The damaged wall which houses the postbox opposite 'Tyrone View' Milltown Road Benburb.

THE writing is on the wall for postboxes in Tyrone, Mid-Ulster and indeed the rest of the Province.

The Courier has learned that many postboxes embedded in walls are being taken out of use by Royal Mail on safety grounds.

It will mean an end to many walled postboxes situated throughout picturesque towns and villages of Tyrone and Mid-Ulster… and a sad farewell to important pieces of history which have stood the test of time for centuries in local areas.

The news follows an enquiry by the Courier to Royal Mail after residents in Benburb called on Royal Mail to reinstate a walled postbox from the Victorian era which has served the area for over a century.

A local lady contacted the Courier to say her local postbox positioned inside a wall just outside the village had been decommissioned by Royal Mail recently after being accidentally damaged by a vehicle earlier this year.

The postbox dates back to Victorian times and is embedding in a wall on the Milltown Road. It proudly has “VR” on it, denoting that Queen Victoria was Monarch when its was installed.

According to the resident is was used by more than 40 homes in the local area.

See this week's Tyrone Courier to see the full story, or check out our epaper