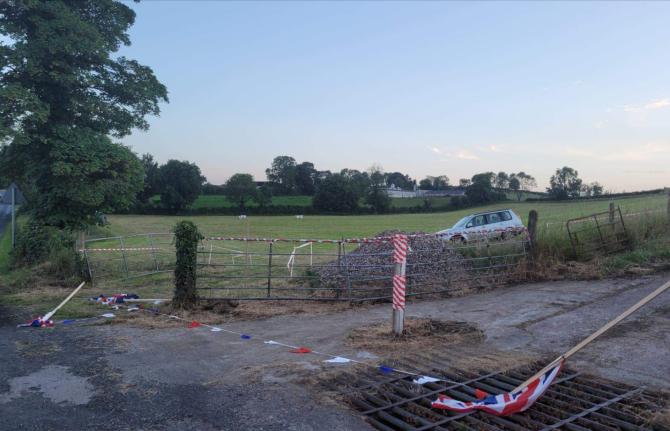 Decorations have been damaged in what is believed to be an attack on the Twelfth Assembly field in Castlecaulfield.

Pictures taken show that bunting and other decorations appear to have been torn down and scattered.

The attack is believed to have taken place around 9.30pm last night (Sunday).

"Regrettably we once again have witnessed another Hate motivated attack on Protestant / Unionist Culture. At approximately 9:30pm on Sunday night the decorations at the Assembly Field in Castlecaulfield were been ripped down.

"This disgraceful behaviour will not deter the Brethren and their families from having a Glorious 12th Demonstration in the Village on Tuesday”.

The PSNI have been contacted for further information.

Read more on this story in this week's Tyrone Courier.