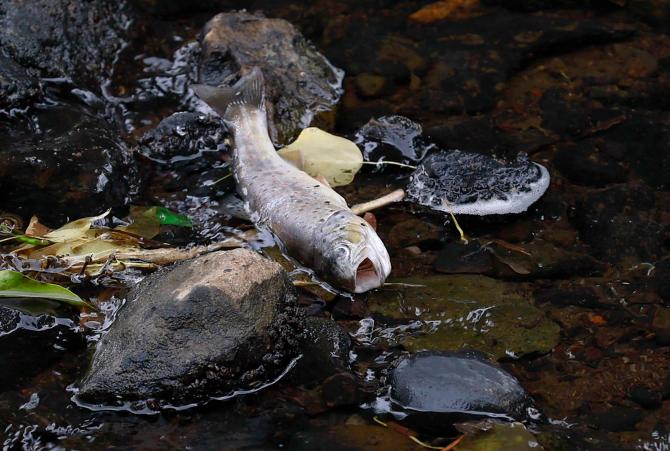 A major fish kill has occurred in the Torrent River this past weekend.

The incident, which has caused 1000s of fish in the river to be killed and is likely to have a detrimental knock on effect on the wildlife in the area, has been caused by a slurry spill, which is believed to stretch along 7km of the river, beginning in Newmills.

“NIEA immediately deployed a Water Quality Inspector to the area to confirm the report and assess the environmental impact, a joint investigation with DAERA Inland Fisheries is underway. The source has been identified and NIEA are currently working with the premises involved to identify what further measures can be employed to mitigate the impact of the spillage on the Torrent River.”

Read more on this story in the next edition of the Tyrone Courier.