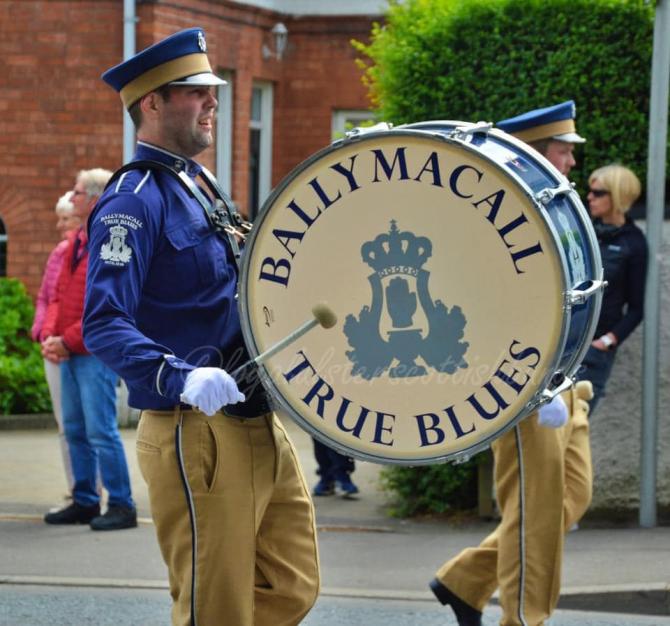 On Saturday 28th May, Ballymacall True Blues Flute Band took part in the Grand Orange Lodge of Ireland’s Northern Ireland Centennial parade, held in Belfast. Being 10 years since the band last paraded in Belfast, for the Ulster Covenant 100th Anniversary, the band looked forward to the day in anticipation.

The band headed off from Ballymacall LOL 295 Orange Hall at 9am, arriving at the main gates to Stormont at 10.30am. With time to spare before proceedings began, the members socialised with fellow bands men, women and children along with the thousands of loyal order members in the grounds of Stormont. Platform proceedings were held at the bottom of Stormont steps with speeches by senior members of the Orange Order and finishing with the National Anthem, God Save The Queen.

See the full report and all the photos in this week's Tyrone Courier, or check out our epaper