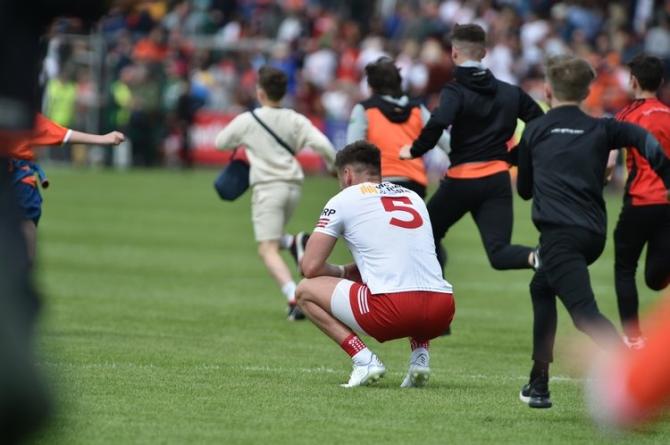 Holders Tyrone are out of the All-Ireland Championships.

Tyrone joint manager Brian Dooher admitted that the magic never happened for Tyrone in a year when they should have been strutting their stuff proudly as All-Ireland champions.

A League campaign saw the Red Hands come close to suffering relegation to Division Two, and the Championship failed to provide the bounce what would see them rediscover the form that saw them win a fourth Sam Maguire Cup title in 2021.

Ulster Championship defeat to Derry at O’Neills Healy Park sent them into the last chance saloon that is the Qualifiers, and defeat to Derry brought the defending champions to the end of the road on Sunday, as they lost to Armagh.

“You can look back on a lot of things and we'll do that in due course over the next few weeks and hopefully learn from it,” said Dooher.

“We were chasing it to an extent this year, we couldn't get any form or momentum. That's what we were looking for and we thought it was going to come but just didn't come this time.”

Full match report, photos and analysis in this week's Tyrone Courier or check out our e-paper online...