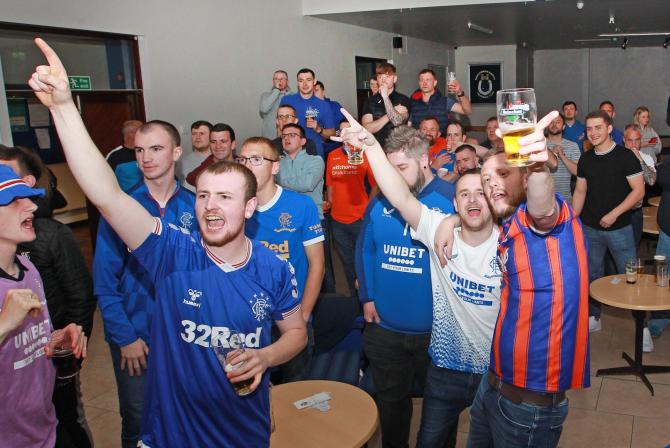 Rangers supporters from Dungannon and Cookstown were dejected and jubilant as the team competed in two cups finals in the space of a week.

Mid-Ulster fans were among the 100,000 fans who turned Seville blue for the Europa League final in Spain.

And while the team narrowly missed out on penalties to Eintracht Frankfurt, the fans nevertheless enjoyed the cup final experience and had fun in the sun!

Here at home, pubs and clubs throughout Tyrone and Mid-Ulster were packed with Rangers supporters with special nights laid on as local fans cheered on the Glasgow Gers.

Dungannon Swifts FC clubhouse saw a capacity crowd for the final and the highs and lows of the pulsating match.

There was more to cheer about for local Rangers fans when Rangers won the Scottish Cup for the first time since 2009 with a 2-0 extra time win over Hearts at Hampden.

See photo special in this week's Courier or check out our e-paper...