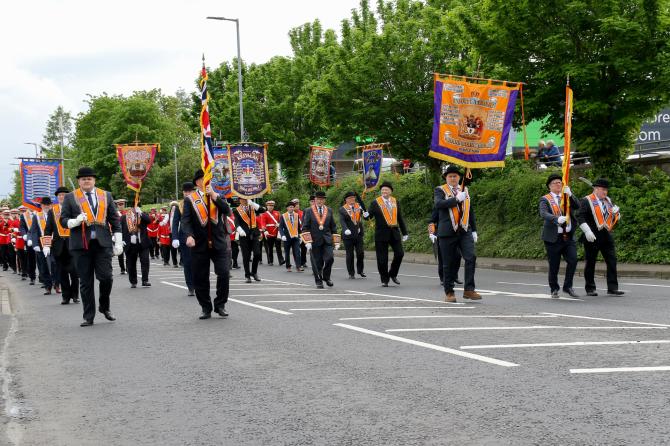 Upwards of 500 members of Co Tyrone Grand Orange lodge from the eight Districts of Annahoe, Killyman, Stewartstown, Cookstown, Castlecaufield, Pomeroy, Coagh and Benburb assembled at the Ardcumber Road in Cookstown on Sunday to take part in Church Services to Molesworth Presbyterian Church and Derryloran Parish Church to commemorate the Centenary of Northern Ireland and the Queen’s Platinum Jubilee.

The eight Districts were lead by four bands - Magheraglass Flute Band, Montober Flute Band Derryloran Boyne Defenders Flute Band and Tullycoll Accordion Band. There was a large crowd of spectators gathered to watch the Orangemen and Bands parading to the two Churches.

Read the full report and see all the photos in this week's Tyrone Courier, or check out our epaper