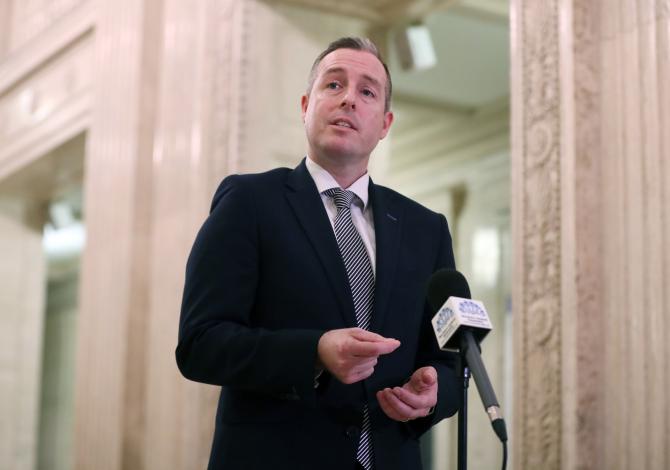 The self-isolation period for anyone who tests positive for coronavirus in Northern Ireland is to be reduced to five days.

The news was announced in a tweet by First Minister, Paul Givan.

It follows similar steps taken in England earlier this week. There, people can leave isolation after five full days providing they test negative on days five and six.

Mr Given tweeted: “From 21st January Department of Health has confirmed self isolation period in Northern Ireland will reduce from 7 days to 5.

“Today I’ve been engaging with colleagues & officials on what Covid measures can be lifted at tomorrow’s Executive. I’m hopeful we can make progress.”

No further details have been released by the Department of Health, with the Executive set to meet tomorrow (Thursday) to discuss the possibility of further relaxations in Northern Ireland.