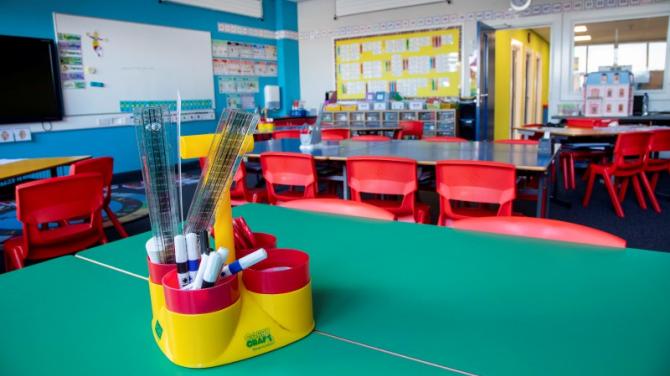 Poorly thought-out solutions are only adding to pressures in classrooms. dd201342

A DUNGANNON Principal has spoken of his concerns as schools begin a new academic term facing the latest Covid crisis.

Mr David Thompson of Dungannon Primary School told the Courier schools throughout Tyrone and the Province were facing additional pressures by poorly thought-out solutions to the current situation.

He was supported by SDLP education spokesperson Daniel McCrossan who claimed the DUP minister had not “listened to the concerns that were repeatedly put to her” by schools leaders and teaching unions.

The Assembly returned early from its Christmas break on Monday, to discuss the current schools crisis.

The installation of air monitoring and air filtration devices in schools was discussed but local schools feel this should have been addressed months ago as it became known last year the virus was airborne.

Last week, the Education Authority confirmed it had ordered 100 air filtration units which would be sent to areas where improving ventilation was not possible immediately, however local schools feel many more are urgently needed.