Proposal was broadcast live from New York on CNN 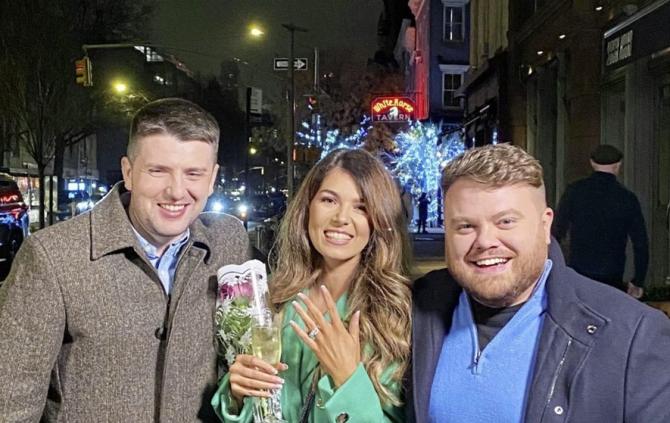 A Benburb couple are celebrating their engagement after the proposal was broadcast live from New York on CNN.
The network's correspondent Donie O'Sullivan, himself from Co Kerry, was interviewing people in New York's West Village area ahead of the countdown to 2022 on New Year's Eve when he introduced viewers to Danielle Renaghan and Oisin Daly.
When Donie asked the pair if they loved each other, Danielle replied "Of course I do", before Oisin got down on one knee before he said: "I love her so much I would just like to do a special thing."
After Oisin proposing and Danielle replying "yes", the couple were greeted with cheers from bystanders and CNN presenters including Anderson Cooper.