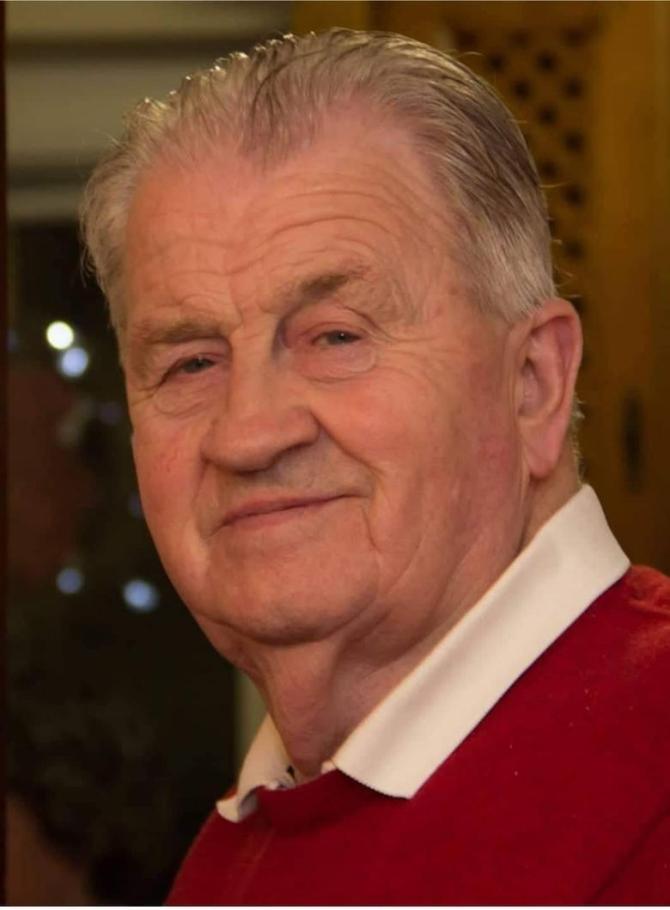 AN 82-year-old former school bus driver and ‘giant’ of his GAA club killed in a road crash in Moneymore was described by friends as a “real gentleman, always smiling”.
Tommy McLoughlin, from the village of Drummullan, was involved in the collision on Desertmartin Road at Moneymore shortly before 8.20pm on Tuesday December 14th.
The father-of-six and grandfather was taken to hospital but later passed away from his injuries.
The accident involved a New Holland tractor, a Volkswagen Jetta and a Volkswagen Tiguan