Cookstown's proposed new bypass is back on the road again. 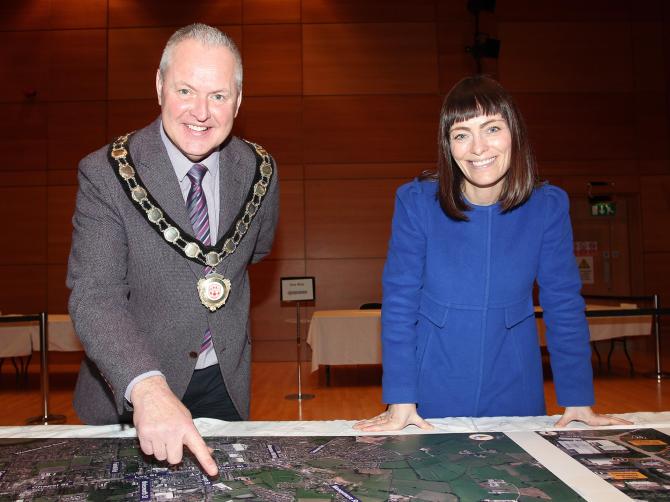 ALMOST 50 years since first mooted, Cookstown's proposed new bypass is back on the road again.
Costing around £50million, the latest bypass, which will wind its way around the outskirts of Cookstown, will feature three new bridges, three new roundabouts, two link roads (off the link road) and a footway/cycleway.
A DFI representative told the Courier that the two-and-a-half mile Cookstown bypass would have sections of overtaking opportunities similar to the neighbouring four mile Magherafelt bypass.
The proposals and the preferred route for the A29 Cookstown Bypass and Sandholes Link Road, announced by Infrastructure Minister Nichola Mallon, were unveiled to the local public and also landowners and those affected by the plans, at public information days in the BurnavonArts Centre.