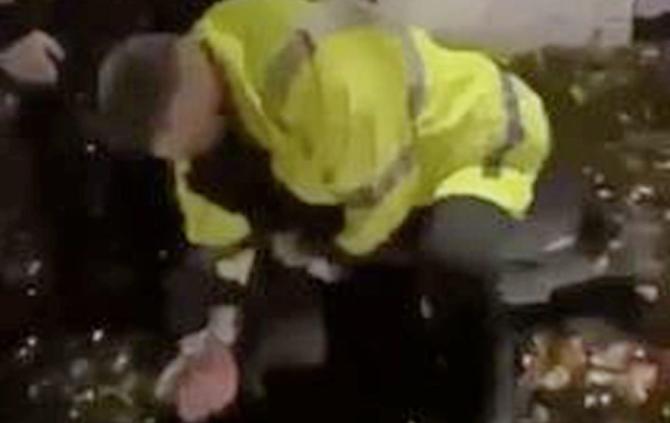 FOOTAGE appearing to show a PSNI officer punching a man in the face during an altercation has sparked calls for an investigation.
The video, which has been circulated on social media, is believed to have been recorded in the Moy on November 20.
The clip shows a police officer restraining a man by the throat on the ground before apparently throwing a left-handed punch which strikes him in the face.
Another officer becomes involved and, as the pair continue to grapple with the man, a woman attempts to intervene.