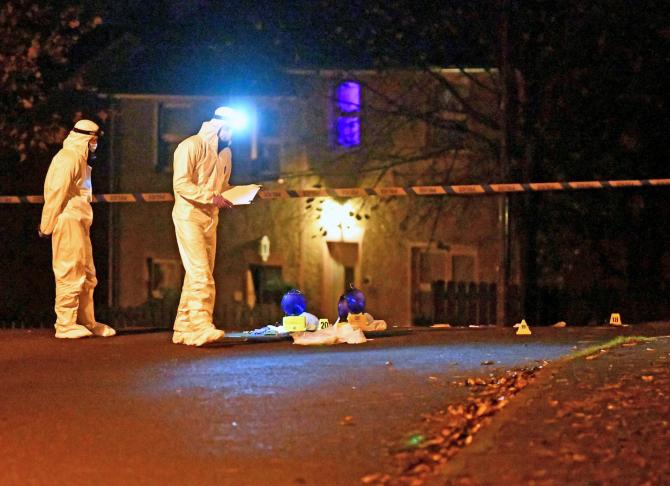 THREE men have appeared before a special court sitting in Dungannon on Saturday in relation to the attempted murder of a male at the Bush on Tuesday night last who, at the time of going to Press, remains in a serious condition in hospital.
It also transpired a haul of blood-stained weapons were recovered from the the scene, some of which are allegedly linked to the accused.

Full story and photos in this week's Courier.