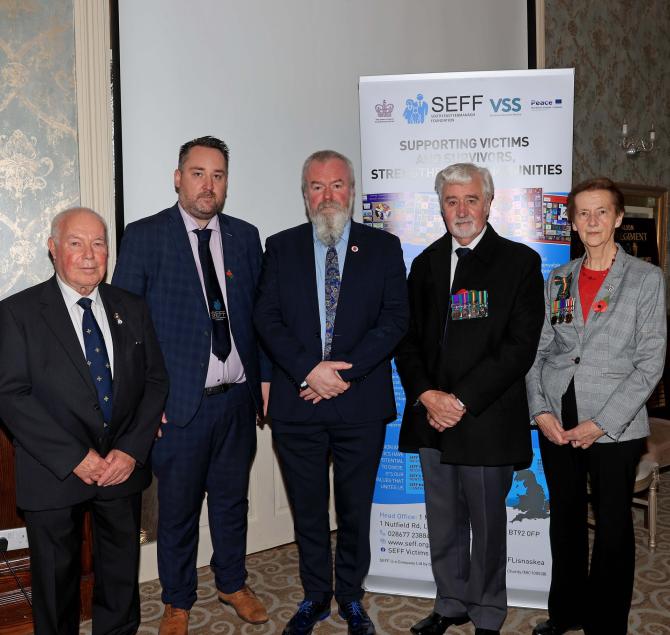 FAMILIES of Ulster Defence Regiment soldiers killed by terrorists have slammed Government proposals to end all prosecutions for Troubles offences as “very wrong”.
Relatives of UDR soldiers killed as well as veterans gathered at the Corick House Hotel in Clogher to express their opposition to the amnesty plans.
Last Thursday’s “Standing By and For Justice – The UDR Family” event was organised by the South East Fermanagh Foundation (SEFF).
SEFF director of service Kenny Donaldson said the location was selected because Tyrone was the “worst-hit county” in terms of UDR personnel being killed.

Full story and photos in this week's Courier.