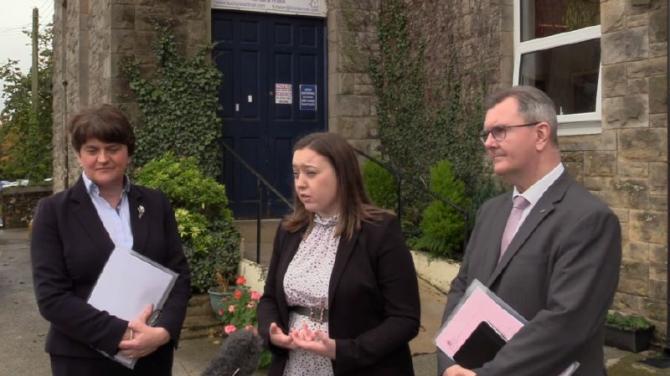 NEW Fermanagh and South Tyrone MLA Deborah Erskine said she will be “following in the footsteps of someone who has been an exemplar public representative” as she replaced Arlene Foster.

The Fermanagh councillor and former DUP Press officer, who lives outside Fivemiletown, was officially returned to serve as an MLA last Thursday, filling the vacancy arising from the resignation of Mrs Foster.

DUP leader Sir Jeffrey Donaldson and Mrs Foster joined Mrs Erskine on her first day as an MLA on a visit to the Buddy Bear Trust in Dungannon.