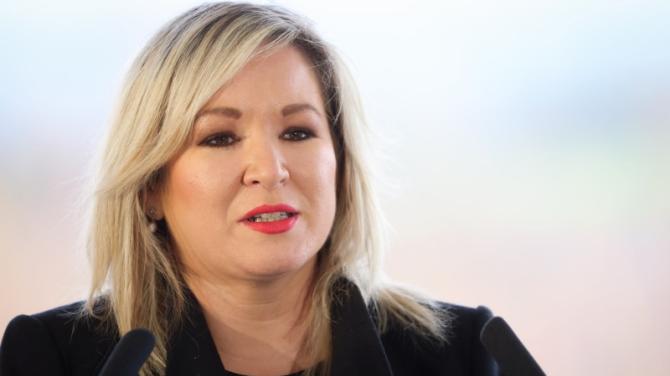 Northern Ireland's Deputy First Minister Michelle O'Neill said she contemplated going to hospital as she suffered a "quite severe" bout of Covid-19 in recent weeks.

Ms O'Neill announced on 31 August that she had contracted the virus.

She said she was "absolutely floored" and it was probably her "worst experience" of illness.

The Sinn Féin vice-president, who returned to work earlier, said she was "so grateful" she was fully vaccinated.

"Given that I felt so bad, I can only imagine what it would have been like if you didn't have the vaccination," she told BBC News NI.

Ms O'Neill said she would meet executive colleagues on Thursday and stressed it would be "dishonest" of ministers to rule out future restrictions ahead of what she described as a potentially "difficult winter".

She said she wanted to use her personal experience to encourage more people to get vaccinated.