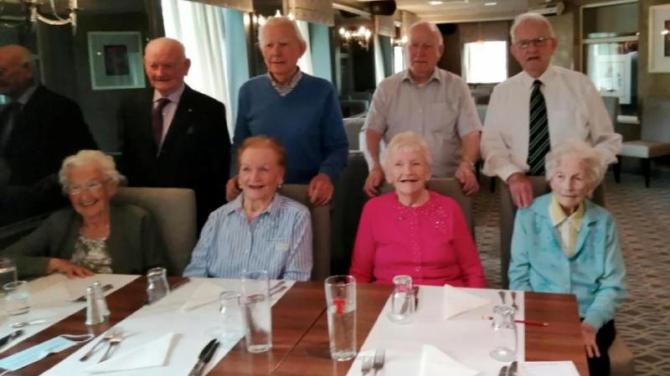 Eight Coalisland siblings complete one of the oldest living families on the island of Ireland with a combined age of 732 years.

The Hughes clan from Coalisland had their first reunion in more than a decade in the Glenavon Hotel in Cookstown on Saturday 28th August, which big brother Peter said was “unbelievable”.

Six of the eight are lifelong pioneers, meaning they’ve never touched alcohol, and Peter laughed that this might be the secret to eternal youth and sound mind.

The clan were born in Coalisland and brought up in Shanliss just outside of the town by parents James and Ellen.

The eldest, 97-year-old Mary, started a grocery business with her husband in Victoria Bridge. Sally (96) was a nurse in Belfast.

Peter is a former Irish dancing teacher and John (91) worked for many years in Powerscreen.

Kathleen (93) moved to Galbally, where she owned a shop and a farm with her husband.

Nell and Barney are 88-year-old twins. She worked as a bread seller and owned a clothes shop in her younger years.

The baby — 85-year-old Paddy — was a farmer, but was also well-known for providing ‘the cure’ for a range of ailments.