Speeding nightmare for residents in Killyman 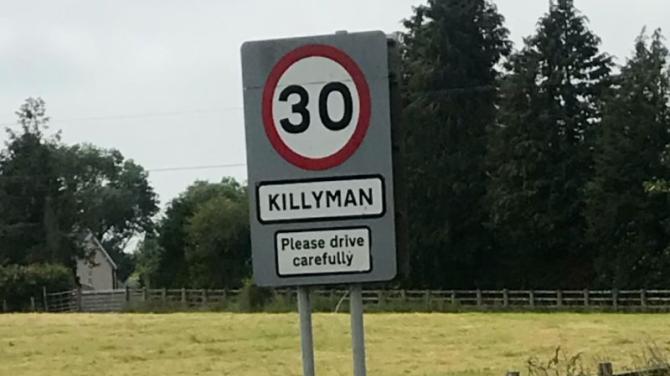 A Killyman resident has voiced his concern at speeding traffic travelling through the village.

Mr Malcolm Creaney, who resides at Cobblers Manor, Killyman, told the Courier that speeding motorists travelling from either the Dungannon or Tamnamore sides through the village was becoming a daily occurrence and a continuous problem.

Mr Creaney told the Courier: "This Killyman development is continuing to grow and expand with new houses at Marleyfield and Cobblers Manor being two of the new estates along with Clarefield on the main Killyman/Tamnamore Road.

"In addition there is a school, Killyman Primary School situated at Laghey Corner."

Mr Creaney told this newspaper the route had become busier and busier and speeds were getting faster.

"The footpath is unsuitable for walking on and high rise vehicles travelling at speed are coming dangerously close to the pavement. In addition storm drains are blocked and calming ramps do not deter vehicles from slowing down.

"It is becoming a nightmare for residents and it is about time the authorities did something about it.

"Speed signs are located at both sides of the village and random Police radars are in operation, but to no avail."

And he added: "Do we have to wait until a child or someone is seriously hurt or killed before something is done to slow the vehicle down to the village speed limit of 30 mph."