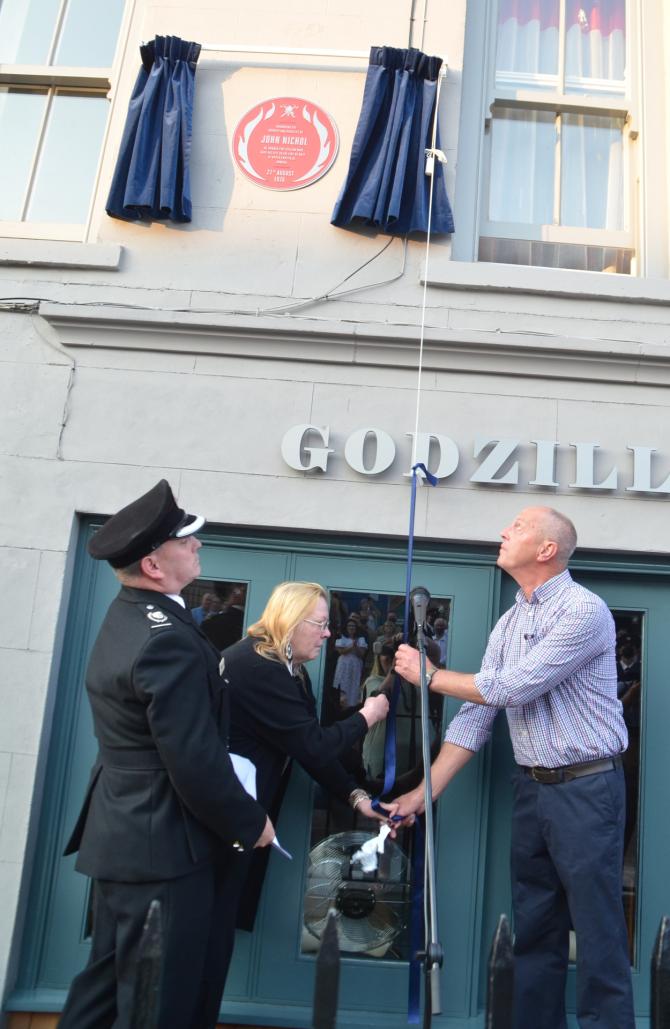 A RED plaque was unveiled last Friday in memory of Armagh firefighter John Nichol, who died while tackling a fire in the city 45 years ago.
On August 27, 1976, John, a firefighter at Armagh Fire Station, lost his life attending a property fire after the building collapsed, trapping him and fellow firefighter Desy Moynes.
Two colleagues were able to locate and release the firefighters, but tragically John did not survive. He was just 19 years old at the time of his death.
Red plaques commemorate firefighters who died in the line of duty.

See report and photos in this week's Courier... out now! - Click here for ePaper