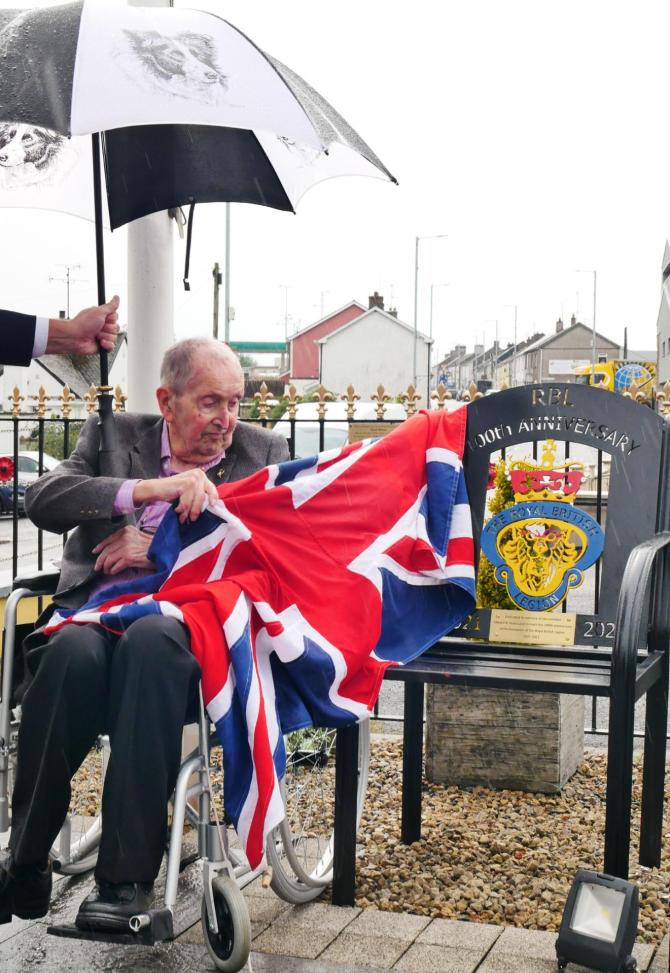 FIVEMILETOWN Royal British Legion dedicated a new commemorative chair on 14th August to mark the 100th anniversary of the formation of the Royal British Legion.
The chair was unveiled by 97-year-old Ian Small, Fivemiletown RBL’s oldest member who served in the Home Guard and at RAF Castle Archdale during the Second World War.

Full story and photos in this week's Tyrone Courier